Esports – what millennials are up to.

Esports is short for electronic sports, a phrase reserved for the competitive video gaming scene recently emerged into the mainstream. It is already a massive global industry with huge viewership numbers and prize pools.

As a rapidly growing sport, there are numerous unique legal issues that players, organisations and game publishers should be aware of. Here are some:

In traditional sports, players are represented by agents and lawyers. Most esports athletes however, are young and self-represented, which may leave them exposed.

When entering into playing contracts, esports athletes are effectively being employed by their ‘club’. They need to ensure the agreement contains enforceable and unambiguous provisions addressing issues like:

As an example of ‘deficient’ sport player contracts, a Dota 2 player recently published his contract.[2] He did not sign the contract, noting its glaring omissions. 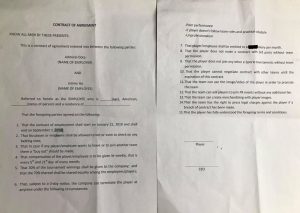 Similar to traditional sports, esports is not immune to match fixing issues.

In the absence of any global authority body of esports, game publishers are the de facto governing and regulating authority for their own games, essentially acting as judge, jury and executioner. This raises multiple issues such as:

In the era of Netflix, Instagram and Snapchat, the esports industry presents an eye-catching alternative platform for brands to reach the demographic sweet spot of males between 21 to 35 years. This has attracted mainstream brands like Visa,[5] Audi[6] and Coca-Cola[7] entering into sponsorship deals within the industry.

In that regard, when entering into sponsorship agreements, rights holders and sponsors need to ensure the deliverables and IP rights of are clearly identified and documented.

The rise and rise of esports

Esports should not be brushed off as just a fad. Traditional sports teams have taken heed and have taken steps to be a part of this global phenomena. AFL teams have started owning or sponsoring esports teams (eg Adelaide Crows and Essendon Bombers), and likewise the Football Federation Australian (FFA) has created its own ‘E-League’.

As a NewLaw firm, Bespoke is at the forefront of technology and emerging markets such as esports. We advise commercial operators in the gaming industry and are ready to assist in your next esports venture.

Stay tuned for part 2 where we discuss IP issues in esports.

Get in touch about this article